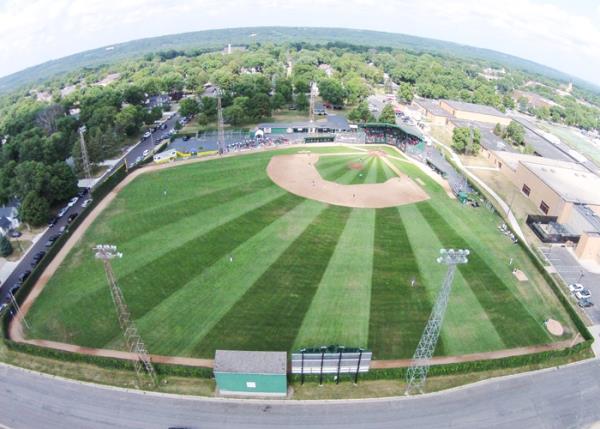 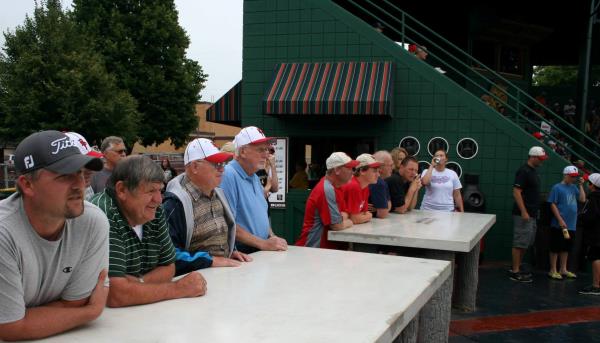 A big year is in the rearview mirror, capped by co-hosting the 91st annual Minnesota Baseball Association State Tournament at our beloved Tiger Park. We’re thankful for the many helping hands and are happy to return a significant portion of the profits to community organizations on behalf of their volunteers.

A highlight of the tourney was the 20th anniversary reunion of the 1994 state championship team, as it is always good to remember those who have taken the field throughout the years – just as we try to do, in a small way, with this annual April newsletter. The support of those outside the chalk lines, of course, is no less vital, and we thank you all for your various contributions.

For quite a few years now the town team has been supported by two primary fundraisers in addition to the home ballgames: the Tiger Open golf tournament and the Tigertown Classic baseball tournament. The latter will be the 17th rendition and again feature a strong eight-team field, with the Tigers opening against South Dakota’s state champion Renner Monarchs and ex-Tiger, Tim Huber. Come out and heckle him just as his grandpa Mark would have done.

The Tiger Open has always been held at Valley View Golf Club in Belle Plaine but due to the course’s recent closing, this year’s festivities will take place at the ever-popular CreeksBend Golf Course in New Prague. The date is Saturday, June 20 and full details are on the flip side of this sheet, but you may be pleased to find out that the rate is just $60. For a day of fun with long-familiar faces, you can’t beat it.

As referenced above the best deal in town, a Tiger season ticket, is again available in two forms: a regular $25 season ticket that covers 12 home games -PLUS- all three days of the Tigertown Classic, or the $50 Dugout Club membership, which also includes a free food and beverage item at each game. Season tickets are available from any Belle Plaine Baseball Association board member, at Brad’s Barber Shop, or at Tiger Park on gameday.

Change often follows the hosting of a state tournament, and this year is no different for BP Baseball both on and off the field. Dennis Lawson is the new president of the BPBA, replacing the retiring and long-serving Gerry “Mize” Meyer, also known as Belle Plaine’s “Mr. Baseball” and “Papa Tiger.” Mize’s son, Brent, has also stepped down after decades of service, meaning the board’s two most-tenured members are gone. Replacing them are Paul Fogarty and Mike “Zip” Zellmann, so we welcome them while bidding a fond adieu to the Meyers.

Upheaval has also come to the team as retirement snagged several lineup regulars, and their absence will indeed be felt. At the same time, an infusion of new blood is exciting and a core group of salty veterans remains.

It can truly be said that Tiger Park never looked better than it did at last year’s state tournament, and we hope to see you at the field time and again this year. Remember you can also follow the Tigers online at bptigertown.com and on social media channels at “bptigertown.”

As Mize always says, “Once a TIGER, Always a TIGER” – and – see you at the ballpark!